Not all case types require the same processes or the same types of resources. Courts have long recognised this and have initiated various methods of differentiated case flow management including the creation of specialised courts and/or specialized divisions.

Most of the judiciaries of the CARICOM region face a number of challenges including but not limited to:

Differentiated case flow management through the introduction of specialised courts/divisions will assist judiciaries by introducing administrative and judicial case flow management processes and procedures designed to reduce backlogs and delays. Specialized courts help in improving the decision making process by allowing experts to deal with specific cases which require specific expertise, the judicial officers who adjudicate in these courts are specialists in the relevant field of law.

Specialised court/divisions provide the support resources specifically geared towards addressing particular types of cases and particular types of customers and their processes and rules that are less generalised allowing for greater efficiencies to be achieved. Further, as the judicial officers hear specialised cases, they are focussing on similar type law repeatedly with the resultant effect of decreasing the number of judge hours to decide each case. The number of appeals from specialised courts is usually far less than if these matters are dealt with in general courts.

The JURIST Project recognises that depending on legal issues of jurisdictions, questions of workload and the effective use of resources, in many instances, it is prudent to create specialised divisions of existing courts instead of specialized courts. Mindful of these issues the project will seek to increase the limited use of differentiated caseflow management either through:

The JURIST Project will develop guides to the creation of various types of differentiated caseflow management methods and to the various types of specialised courts inclusive of staffing models and requirements, sample structures, special design principles and training plans and sample workflows and processes. In selected courts, differentiated caseflow management will be implemented and in selected jurisdictions, the implementation of specialised courts/ divisions will be undertaken. 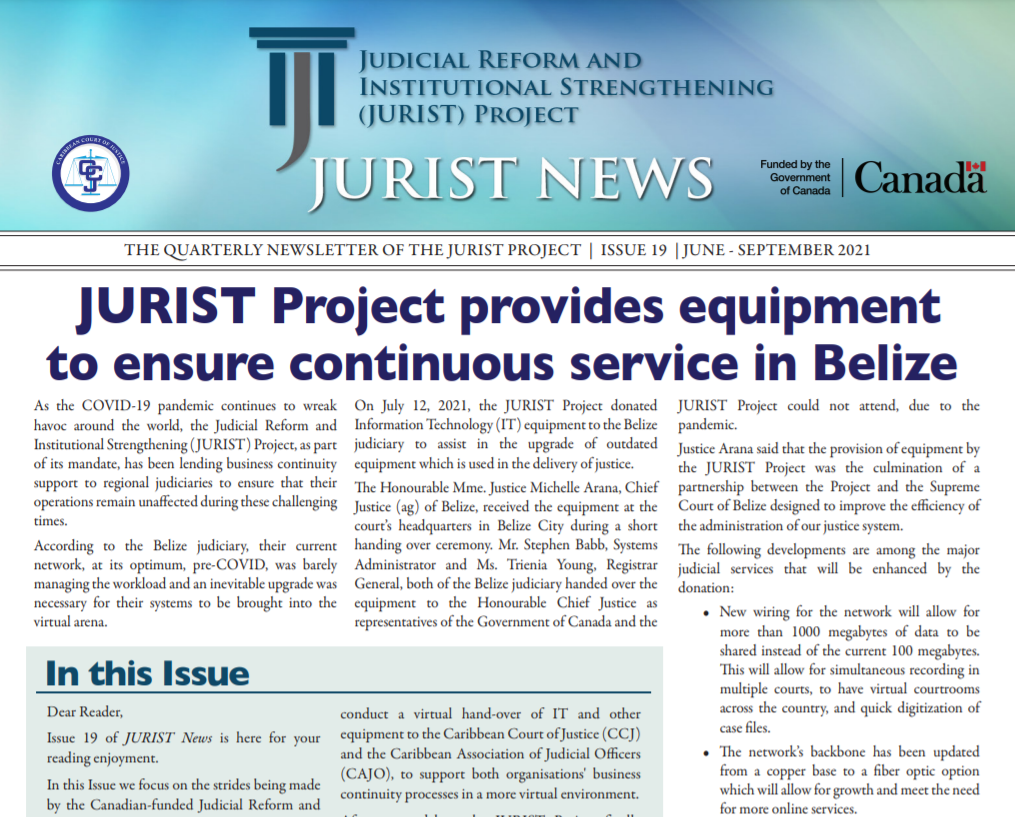